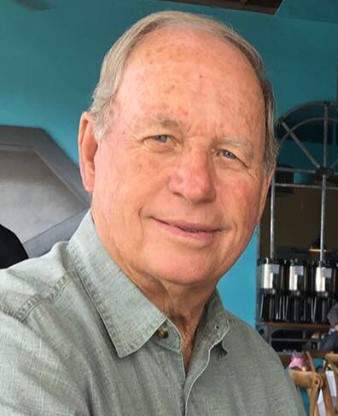 Winston Wayne McCrary of Portland, Texas went to be with the Lord on October 23, 2021.

Winston was born on July 20,1940 in Corpus Christi, Texas. He is the son of the late Jessie
Clarence McCrary and Myrtle Fay Epperson. Winston had one brother, the late Gary McCrary, a
niece, Denise (Bryan) Wood and a nephew, Chris McCrary.

On September 5, 1959, he married the love of his life, Myra Jane Alston. They shared, a
beautiful life together for 56 years. Together they had 2 children, a son, the late Jerry McCrary
(Lisa) of El Campo, Texas and their daughters, Kayla of Round Rock, Texas and Kara of San
Antonio, Texas. A daughter, Lori (Lloyd) Wilson of Portland, Texas, and their children Hannah
(Jordan) DiPaola of Edmond, Oklahoma and Jake Wilson of Portland, Texas. Winston graduated
from Robstown High School in 1959. He was a member of the First United Methodist Church of
Portland, Texas for 45 years. Winston worked for Champlin Refinery most of his career, retiring
in 2004.

Winston was known endearingly to all as Papa Dude, Wayne, or Mack. A husband, father,
grandfather, and friend with a huge heart. He loved the hill country and the Frio river where he
met Myra and spent every summer with his children and grandchildren. He loved being in the
country whether it was a slow drive or spending time at his ranch in Kenedy. His dearest friends
became a huge part of his life after Myra passed, whether it was meetings at Whataburger, a
ball game or spending time at the ranch.

Winston was admired by all for his calm, loving and gentle ways and will be dearly missed.

Viewing and visitation will be held on Saturday, October 30 th from 9:00-10:00 am at the First
United Methodist Church in Portland, Texas. Service will begin at 10:00 am and burial at Palms
Memorial Cemetery to follow.

A reception will be held at the church following the burial.
We would like to thank all family and friends for their support and prayers through his journey
with leukemia.

In lieu of flowers, you may make donations to the charity of your choice or the First United
Methodist Church of Portland, Texas.

To order memorial trees or send flowers to the family in memory of Winston McCrary, please visit our flower store.