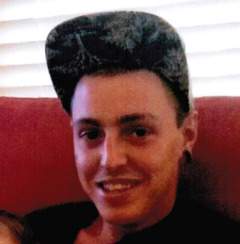 William Ryan Morrison – Mircovich, 25, passed away on July 23, 2015 in Pompano, Florida. William Ryan was born on May 27, 1990 shortly after his twin sister Reanna in Corpus Christi, Texas. Ryan attended Gregory- Portland High School and went straight to work. He worked many different jobs most of which included using his hands. Ryan was known for his humor and huge heart. Throughout his struggles, he always kept a positive attitude. He loved to work on his cars. Ryan’s troubles and travel landed him in Pompano, Florida where he resided for the last year.

A memorial service will be held at Limbaugh Funeral Home in Portland, Texas at 5:00 p.m., Friday, July 31, 2015. In lieu of flowers, donations may be made to a charity of your choice in his honor.

To order memorial trees or send flowers to the family in memory of William Ryan Mircovich, please visit our flower store.