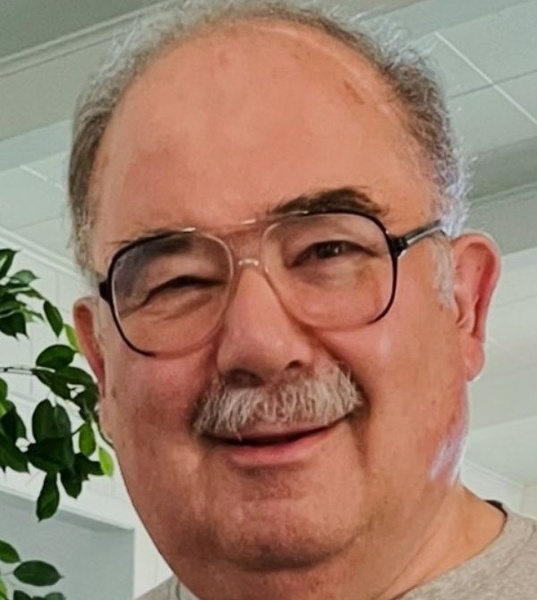 Vincent Gagliardi “Vince”, 75, of Portland, Texas, passed away on May 11th after a brief illness.

Vince was born on April 4, 1947, to Vincent P. and Grace Gagliardi in Philadelphia, Pennsylvania.  After graduating from Cardinal Dougherty High School he went on to study Business at Temple University. During this time he served in the Pennsylvania National Guard.

After graduation he worked for Motors Insurance Corporation and became an Insurance Adjuster in Pennsylvania and Texas.

He married the love of his life, Claudia, in 1971 and they settled in Phoenixville, Pennsylvania, where their daughter Emily was born. In 1976 they moved to Portland, Texas where they soon welcomed their second daughter, Sarah.

Family was a joy to Vince. He was such a hardworking man and spent his life working to provide a good life for and taking care of his family. He delighted in teaching his daughters how to ride bikes, fly kites, enjoy great music, change a tire on a car and how to find joy in all moments of life.  Vince also loved working on cars his entire life and discussing current events and participating in politics. His smile was unforgettable.  He was a great storyteller and we cherished his stories of growing up in Philadelphia and going to the Woodstock Music and Art Fair in 1969.  He loved being Pop to his four grandchildren who brought him much joy.

Vince’s faith was a large part of his life. He and Claudia were active members of Our Lady of Mt. Carmel for 45 years. Vince was a member of the Knights of Columbus and enjoyed attending the A.C.T.S. retreat and Bible studies at the church. After he retired, Vince found great joy in volunteering at the Pregnancy Center of the Coastal Bend where he worked with young fathers.  He loved sharing his faith with others – especially his grandchildren.

Vince was preceded in death by his parents, Vincent and Grace Gagliardi.  He is survived by his wife of 51 years, Claudia, his daughter Emily (Bryan) Ellis, his daughter Sarah (Warren) Jones, and grandchildren Julia, Samuel, and Lucy Ellis, and Eric Jones. He is also survived by his siblings Patricia (Harvey) Beckman of Florida, Karen (Bruce) Rothman of New Jersey, Arlene Gagliardi and Frank (Lori) Gagliardi also of Florida, and many nieces and nephews.

Visitation will begin at 9:00 AM Saturday, May 28, 2022 at Our Lady of Mt. Carmel Catholic Church in Portland, followed by a rosary at 9:30 AM, and a funeral Mass at 10:00 AM. Interment to follow at The Palms Memorial Gardens Cemetery in Portland.

To order memorial trees or send flowers to the family in memory of Vincent W. Gagliardi, please visit our flower store.
Send a Sympathy Card