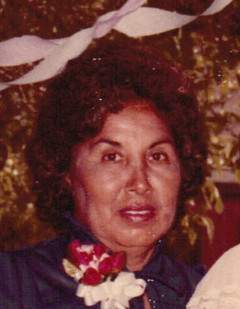 Velia Gonzales Polanco 85, of Portland, Texas passed away on Tuesday, October 6, 2015. She was born December 29, 1929 in Seguin, Texas to Jose and Anita Gonzales.

Velia was a devoted wife and mother. She loved animals and had a ranch with goats, chickens, geese and ducks for twenty-five years. Velia and her husband were in the house rental business for many years. She along with her husband Pedro, stressed that education was a means to a better life, as a result all four of their daughters earned college degrees and became school teachers.

To order memorial trees or send flowers to the family in memory of Velia G. Polanco, please visit our flower store.