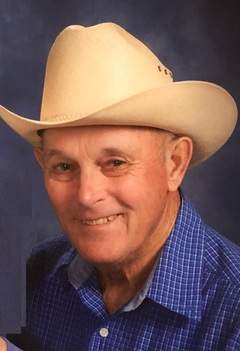 Thomas Loyd “Buddy” Byrum, age 87, a long-time resident of Portland, Texas, passed away Friday evening, October 27, 2017, after a short illness. He was born April 12, 1930 in Jackson, Tennessee, the son of Jess and Maggie Baker Byrum. He was raised in Jackson and moved to the Corpus Christi area around 1950, following his sister Ella Byrum Lubera, a long-time director of nursing at Spohn Hospital.

Buddy enjoyed a long life lived to its fullest and is remembered as a genuinely good, rock-solid man who was always ready and willing to do anything to help family and friends and who had the do-it-yourself mechanical skills and smarts to always get it done.

Mr. Byrum was a retired welder, having worked for many decades at the Reynolds Aluminum plant, and also owned and operated Buddy’s Paint & Body Shop in Flour Bluff and Portland. He was a faithful member of the First Presbyterian Church in Taft, Texas and a long-time and dedicated member of Portland Masonic Lodge # 1411 AF&AM.

Funeral service will be at 11:00 a.m. Wednesday, November 1, 2017 at First Presbyterian Church, 510 McIntyre Avenue, Taft, Texas with burial following at Palms Memorial Garden near Portland followed by a celebration of Buddy’s life at the Masonic lodge in Portland.

To order memorial trees or send flowers to the family in memory of Thomas Byrum, please visit our flower store.