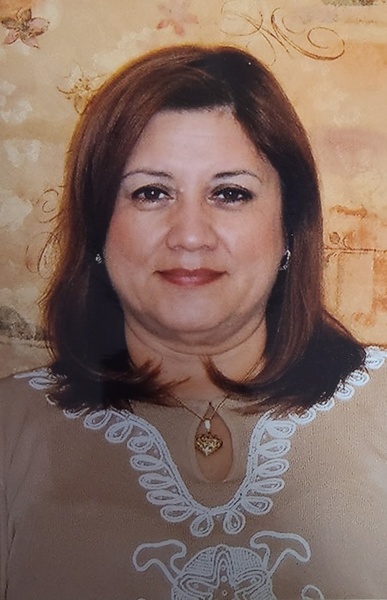 Sylvia Garza, 70, of Portland, TX, passed away on August 1st, 2020 after a valiant battle with Alzheimer's. Sylvia was born on April 16, 1950 to Jose and Leonor Lezama in Elsa, TX. Shortly after, she moved to Gary, Indiana where she graduated at Edison High School in 1968. In 1968, she met Lee Garza, and they wed in 1970, going on to have two sons, Lee and Daniel. She divorced in 1989 and moved to Corpus Christi, Tx. After retiring in 2003, Sylvia spent her time caring for her parents. She loved cooking, crocheting, crafting, dancing, Motown music, classic movies, and spoiling her grandchildren, nephews and nieces as much as possible. Sylvia is preceded in death by her parents Jose and Leonor Lezama; and her brothers, Jesse and Joe Lezama. She is survived by her sons, Lee (Gennie) Garza and Danny (Clarissa) Garza; sisters, Adela (Bob) Moraux, Celia Castro (Rey) Meza, Esther (Jeff) Churchill, Lucy (Tony) Fernandez; her brother Luis Lezama; and her four grandchildren, Anthony, Maryssa, Brandon, and Jordan.

Recitation of the Rosary will begin at 2:30 PM on Friday August 7, 2020 at Our Lady of Mount Carmel Catholic Church in Portland. A Funeral Mass will be celebrated at 3:00 PM following the Rosary. Masks must be worn!!

To order memorial trees or send flowers to the family in memory of Sylvia Garza, please visit our flower store.