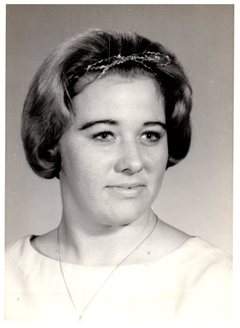 Shirley Allane Barker left this earth to take the journey to her eternal home with her Lord and Savior Jesus Christ on Thursday July 20, 2017.

Shirley was born on July 25, 1949 in Beeville, Texas to Wilhelm P. and Mary N. Kurtz. Shirley is preceded in death by her parents; two brothers Gary Kurtz, Larry and his wife Ramona Kurtz; a sister in law Loretta Kurtz.

Shirley is survived by her loving husband of 46 years, James (Bob) Barker of Aransas Pass, Daughter Michelle Barker and Ryan Robb of Aransas Pass, brothers Robert and Leeanne Kurtz from Aransas Pass, Ronnie and Pam Kurtz of Rockport, Texas,  Arnold Kurtz and Norma Garza of Portland, Texas along with many cousins, nieces and nephews and lifelong Christian friends.

Shirley was a devoted wife, mother and lifelong Christian member of the Faith Lutheran Church in Aransas Pass, Texas. Her husband and family greatly thank Angel Bright Hospice nurses and caregivers for the great care and love given to Shirley through the months until her last days on this earth.

Visitation began at 1:30 PM, Tuesday July 25, 2017 at Faith Lutheran Church 938 West Lott located on the corner of Lott and N. 9th street in Aransas Pass, Texas. Funeral services was held at 4:00 PM, Interment will be private.

To order memorial trees or send flowers to the family in memory of Shirley A. Barker, please visit our flower store.