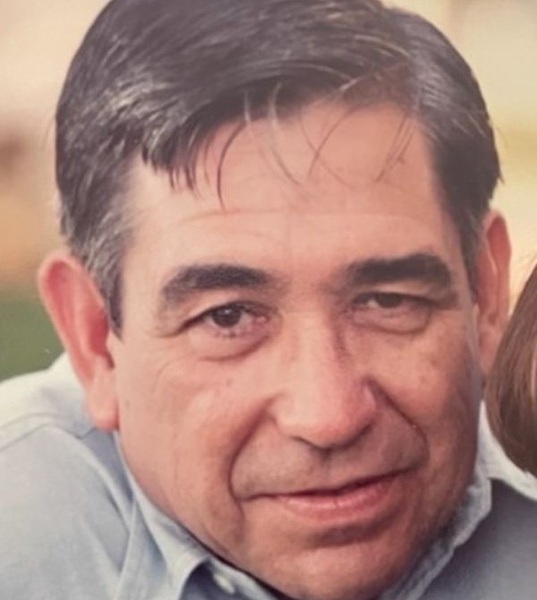 Ruben Garcia, Pena, Sr., was called to be with his Lord and Savior on January 19, 2022. He was born on August 28, 1944 in Portland, Texas, to Guadalupe and Victoria Pena. He is preceded in death by his parents, his brothers, Raul and Ramiro Pena, Sr.; his sister, Aurora Pena; and his nephew, Ramiro Pena, Jr.

Ruben was a devoted husband, father, grandfather, brother, uncle, cousin, co-worker and friend. He is survived by his wife of 54 years, Alejandra O. Pena. Also by his son, Ruben Pena, Jr. and his daughters, Monica Hatton and Tori Garcia (Brian). He is also survived by a niece and nephews who were extremely special to him, and who have referred to him by “Dad” since the day they were born, they are Marisela Russell (Tim), Ramiro Pena, III (Meredith), Orlando Pena (Mallory), and Adrian Pena. He also leaves behind, 8 grandchildren, who he loved dearly, Tyler Hatton, Isaac Garcia, Marie Garcia, Macy Hatton, Gwen Pena, Jacob Pena, Margo Hatton and Luke Pena. His siblings, Angelita De La Garza, Roberto Pena, Amelia Castillo, and Alicia Trevino (Rumaldo). Sisters in laws, Frances Garza, Amelia Estaba (Francois), Yolanda Pena, Virginia Ramirez (Sammy), Mary Brown (Papa), and many nieces and nephews who he also loved dearly.
Ruben grew up in Portland, Texas and enjoyed playing basketball and running track in high school. He attended Del Mar College and enjoyed the time he spent volunteering in local politics during his studies there. He had a long and successful career as a civilian employee at the Corpus Christi Army Depot, retiring after 45 years there. His years there ran from 1966 until he retired in 2011. He received numerous honors and awards while serving in various positions, such as a sheet metal inspector, air craft examiner and Quality Control Inspector. He had the privilege of traveling to many places inspecting aircraft which he enjoyed. Some of those places included Hawaii, El Salvador, Germany and to several of the military bases here in the US.
In his free time, Ruben enjoyed spending time with his children and grandchildren at any event in which they participated. He enjoyed his time picking up his grandchildren from school and those donut and McDonald’s visits to play in the playground there. He was always being a great cheerleader and was the best helper in any fundraiser the kids were involved in. He loved traveling and especially enjoyed RV’ing with his family staying at KOA camps around the country. His favorite trips were to Las Vegas with family and friends, where he would visit about twice a year when he could. He was a jack of all trades, which everyone who knew him, knew he would come to the rescue to help when needed. He earned the nickname of “MacGyver” by those who knew him well. He loved a good celebration with a dance involved and wanted to celebrate any major milestone of his family with a good mariachi band. He loved his Sunday CVS coupon trips and would never let anybody leave his house without taking something that they might need. One of his favorite pastimes was listening to his elders tell about the lives they had experienced. He often would journal about the things he learned and thought were important to know and would relay those messages and stories to his family. Later in life, he took a liking to the arts such as water coloring and sketching.
Ruben was truly a man of very few words. He was a kind and gentle soul who was always willing to lend a helping hand and will be greatly missed by many. In lieu of flowers, donations may be made to St. Jude Children’s Research Hospital.

Visitation will be held from 5;00 - 7:00 PM Wednesday, January 26, 2022 at Winsteads' Funeral Home in Portland, with the Rosary to be recited at 7:00 PM that same evening. A Funeral Mass will be celebrated at 10:00 AM Thursday, January 27, 2022 at Our Lady of Mt. Carmel Catholic Church in Portland with interment to follow at The Palms Memorial Gardens.

To order memorial trees or send flowers to the family in memory of Ruben Pena, please visit our flower store.
Send a Sympathy Card