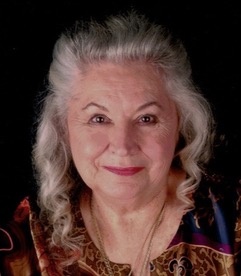 Rosemary Marie Reed passed away May 11, 2020. She was 84. Rosemary was born in Lansing, Michigan to George and Lorena Marks (nee’ Glassbrook) and attended school in Bath, Michigan, graduating in 1953. She went on to become a homemaker, a licensed real estate broker, an avid entrepreneur, and even dabbled in politics, winning the Democratic Primary for the 26th District special election for the Michigan State Senate in 2001. She did lose the general election, but she thoroughly enjoyed the run. Eventually Rosemary gave up her business enterprises to care for her son, Steven, after he was grievously injured in an automobile collision in 1984. A fierce advocate for Steven, she sued his insurance company, eventually securing room and board payments for all injured persons covered by Michigan’s No Fault Automobile Act (Reed v. Citizens Insurance Company). She resided for many years in Perry, Michigan and Grand Ledge, Michigan, as well as Rockport, Texas, Corpus Christi, Texas, and Robstown, Texas.

Rosemary married two different Roberts in her life, Robert Troy, with whom she had three children: Steven, Karen and Michael, and later, Robert Reed, with whom she had one child, Robin. Rosemary later met her soulmate, James Hovey, and they remained together until his passing in 2004.

Rosemary was preceded in death by her parents, her brothers; George Marks and Leroy Marks, her daughter, Karen Marie Troy, and her son, Steven Robert Troy.

Services will be private.

To order memorial trees or send flowers to the family in memory of Rosemary Marie Reed, please visit our flower store.