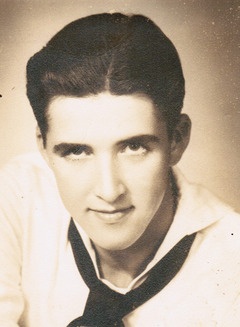 Bob served our country during World War II. Aviation Ordnanceman First Class Robert L. Penn entered the Navy in 1941. He trained at San Diego, California; Norfolk, Virginia; Oakland, California; Seattle, Washington; and El Centro, California. He also served in the Pacific. He was awarded the American Defense Medal, the Asiatic-Pacific Campaign Medal Ribbon, the Good Conduct Medal, and the Victory Medal Ribbon. He received the Admiral’s Letter of Commendation during his time of service. Bob’s mind remained sharp until his death and he could entertain company for hours with interesting stories of his time in the Navy. When Bob was discharged from active duty and moved to Portland, Texas, he had a long productive career as a Pipe Fitter. His career was long enough that he received a 60 year membership certificate from the United Association of Journeymen and Apprentices of the Plumbing and Pipe Fitting Industry of the United States and Canada. Bob loved his country, though, and during his career as a Pipe Fitter, he continued serving his country in the Naval Reserves and did not fully retire from the Navy until 1963.

Bob also had numerous hobbies. He loved to fish and in his younger days, he loved to twirl Helen around the dance floor. Bob’s family was grateful for one of his favorite past-times, gardening. He planted and grew wonderful vegetables that he harvested and canned himself. He didn’t just confine his passion to vegetables though. Anyone driving by Bob and Helen’s house in spring enjoyed looking at Bob’s beautiful red Amaryllis flowers. He will be sorely missed.

He is preceded in death by his parents and his brother, William Hartman Penn. Bob is survived by his loving wife, Helen.

To order memorial trees or send flowers to the family in memory of Robert Little Penn, please visit our flower store.
Send a Sympathy Card