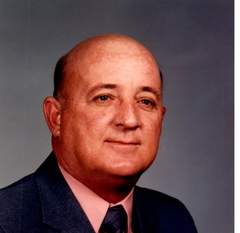 Richard Dix Mircovich passed away peacefully at home on September 28, 2017 in Portland, Texas.  He was born on February 12, 1930 to Joseph and Rosa Mircovich.  Richard attended schools in Ingleside and graduated from Ingleside High School as a proud Mustang in 1947.  He served in the Army and was trained as a paratrooper in Fort Benning, Georgia.  After being discharged, he returned to attend Del Mar College and graduated with an Associate’s Degree.  There he met Dolores Marie Griffith, his wife and mother of his children.  Richard was a welder and boiler maker at local refineries during his professional career and retired in 1995 from DuPont.

Richard was preceded in death by his wife of 49 years, Dolores Marie Griffith Mircovich, and brothers Joe, Jr., Billy, Jimmy, Gilbert, and Carlo and sisters Kathy Dunn and Marguerite Ross as well as grandson Ryan Mircovich.

To order memorial trees or send flowers to the family in memory of Richard Dix Mircovich, please visit our flower store.