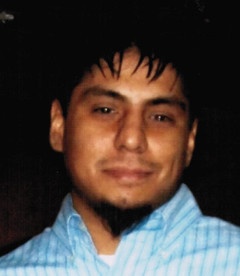 Richard Aaron Gobble, 29, was born January 22, 1988 and soon placed into the loving arms of Consuelo Gobble and Edwin Keith Gobble. He was called to his heavenly home on January 26, 2017. He is survived by his mother Consuelo Gobble, many aunts, uncles, and numerous cousins. He is preceded in death by his father Edwin Keith Gobble, grandparents Aurelio and Elojla Avila and Peggy Gobble. Aaron was part of the Gregory Volunteer Fire Dept. family. Being a firefighter was his passion that he was very proud of and it showed. Aaron will be missed by many and we will wait patiently until we meet again.

A rosary will be recited at 10:00 am, Thursday, February 2, 2017 at the Immaculate Conception Catholic Church in Gregory with a memorial mass to follow at 10:30 am.

To order memorial trees or send flowers to the family in memory of Richard Aaron Gobble, please visit our flower store.