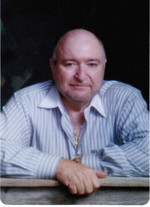 Richard Browning Claunch, 68 was born January 2, 1943 in Lexington, Oklahoma. He was received by our Lord on July 15, 2011 after a long battle with illness even though he was always "Terrific".
He moved to Portland, Texas with his family in 1972 where he lived throughout the rest of his life. He will be deeply missed by his family and friends. His career started in the Navy from 1960 to 1964. He then worked at Trojan Boat in Pennsylvania. Upon coming to Portland, Texas he began work with his brother Frank at K-D Dealers selling appliances and fireplaces. He owned and operated the Fireplace and Screen Shop for many years. He then worked for Tri-World Training International selling Star Makers. He then had his own business doing remodeling, Holiday Construction until illness caused him to stop. He was an active member in First Baptist Church for many years prior to his illness. He touched the lives of countless people over the years. He was a wonderful husband, father, papa and was a Christian. He will not be forgotten and will live on in everyone that was blessed by knowing him.
He is preceded in death by his mother, Marion Eugene Martin (Claunch), his father Frank James Claunch, his wife, Charlotte Irene Claunch, his sisters, Marilyn Sue Claunch, Gayle Claunch, and his brothers, Gordan Claunch, Frank James Claunch Jr., Don Martin Claunch, and Charlie Lee Claunch.
He leaves to cherish his memories his brothers, Darrel Claunch (Jane) of Blanchard, OK, Larry Claunch of Oklahoma City, OK, his loving daughters, Lori Bailey (David) of Portland, TX, Tami Sansom (Kevin) of Round Rock, TX; his four grandchildren, Linzi Bailey of San Antonio, TX, Kelli Bailey of Portland, TX, Kalli Sansom and Kasey Sansom of Round Rock, TX, numerous nieces, nephews and other relatives and friends.
A special thanks goes out to Peggy Johnston for making the last years of our father's life much more enjoyable. You were a god send and we can never repay you for your companionship and definitely patience.
Visitation will be held from 6:00 to 8:00 PM, Monday, July 18, 2011 at the Limbaugh Funeral Home. Funeral services will be conducted at 10:00 AM, Tuesday, July 19, 2011 at the Limbaugh Funeral Home. Interment to follow at Palms Memorial Gardens.

To order memorial trees or send flowers to the family in memory of Richard Browning Claunch, please visit our flower store.
Send a Sympathy Card