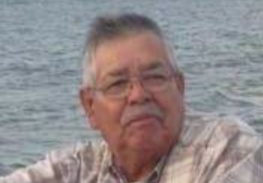 Reynaldo Witt Rojas, age 76, passed away unexpectedly on October 8, 2019 at his home in Corpus Christi, Texas. He was born in Corpus Christi on September 12, 1943 to Adan M and Julia W Rojas. Reynaldo spent his life working as a rig welder for over 40 years. Highly regarded in his field for his expertise, he was in high demand and his work took him around the country. As a mentor, he was known for teaching and sharing his passion with others. Highly respected as a grandfather, father, brother and friend, Reynaldo enjoyed spending time with his family and friends. His other passion was golf, and on the weekends he could be found at the golf course, enjoying a round with others.

Reynaldo is preceded in death by his parents, two sons (Witt and Timmy Jo), two brothers (Andrew and Luis) and sister (Dora).

Reynaldo is survived by his grieving wife of 52 years, Rosa Rojas; sons Raynaldo, Marcos and Reynaldo and two daughters Rosanna and Jo (Brian) Crawford. In addition to his grandchildren, he also leaves behind his beloved dog, Alley. The family of Reynaldo Rojas wishes to thank everyone for their thoughts and prayers during this difficult time

A graveside service will be held at 10:00 AM on Monday October 14, 2019 at Palms Memorial Gardens Cemetery.

To order memorial trees or send flowers to the family in memory of Reynaldo Witt Rojas, please visit our flower store.