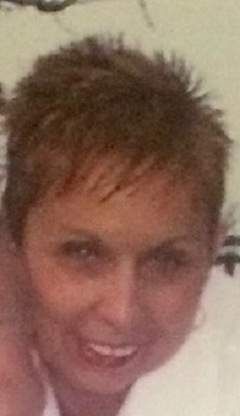 Patsy Ruth (Reese) Foreman died on October 5, 2016 of a broken heart. Pat was born September 12, 1942 in Brownwood, Texas to Entis and Birdie Lancydane Reese. She moved to Eunice, New Mexico for her Daddy to go to work in the oil fields when she was 3 years old. After graduating from Eunice high school she attended “Beauty” school in Lubbock. One weekend when she was headed home to Eunice on the Greyhound bus, a GI (named Stanley Franklin Foreman), got on the bus and took the very last seat, which happened to be right next to her. That meeting was the start of a short, whirlwind courtship that culminated in them eloping to Mexico to get married. Her parents had the last laugh as Stan and Pat had to get married again on US soil in order for the marriage to be recognized by the U.S. Air Force. They were a team in life and now are reunited. She followed Stan all over the world with two little girls in tow. Pat was the epitome of a modern woman. She had a successful career in hospital administration at High Plains Baptist and Texas Tech pediatric clinic in Amarillo. She “brought home the bacon, fried it up in a pan, and never never let him forget he’s the man.” She loved all things music including square dancing. She was a strong and courageous woman that blazed a trail for her daughters and granddaughters.

Pat was preceded in death by the love of her life for 53 years, Stan Foreman, Her brothers Jimmy Reese and Don Reese. She is survived by her sister Debbie Phillips, daughters Sonja Eddleman and her husband Kyde of Portland, Texas and Kercida McClain and her husband, Jim, of San Antonio, Texas. Grandchildren: Kelby, Kelsey and husband David (Sellars), and Kaleb Eddleman and Bill and Emmy, Cassidy and Nick (Alessandra) and Lancy McClain and great grands, Parker, Lila, Charlie and Ruthie McClain; Ayden and Andrew Sellars; Skylar and Holland Alessandra.

Service will be held in Carbon, Texas at the Carbon Community Center followed by interment at the Murray Cemetery on Saturday, October 8, 2016.

In lieu of flowers, donations may be made to Rio Texas Project Transformation, San Antonio, Texas or Driscoll Children’s Hospital CARE Team, Corpus Christi or to the charity of your choice.

To order memorial trees or send flowers to the family in memory of Patsy Ruth Foreman, please visit our flower store.