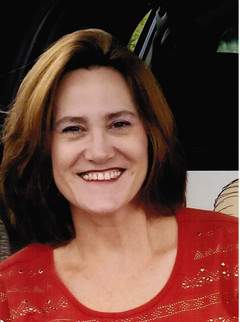 Martha Leah Hellums, 56, of Portland, Texas, passed away May 20th surrounded by her family. Martha was born January 13th, 1960 in Hallettsville, Texas to Roy Lindsey and Dottie Lou (Bishop) Wyatt. Martha graduated from Gregory Portland High School in 1978, and earned an associate’s degree in business from Del Mar College in 1980.  Martha married James Lamar Hellums in 1981 and was a faithful member of First Baptist Church of Portland. She worked for Royal Oil & Gas as an executive secretary for over 20 years.  Martha was preceded in death by her father, Roy Lindsey Wyatt and her brother, Roy Lindsey Wyatt, Jr.  She is survived by her loving husband of 34 years, Lamar Hellums of Portland; her sons, Ryan Ty Hellums of Houston and Derek Kyle (Megan) Hellums of Sinton; grandchildren, Braxton Wyatt and Cayson Ty; her mother, Dottie Wyatt of Portland; sister, M’Liss (Edward) Sanford of Fayetteville, GA; brother, Michael Wyatt of Portland and many nieces, nephews, cousins and loved ones.

To order memorial trees or send flowers to the family in memory of Martha Leah Hellums, please visit our flower store.