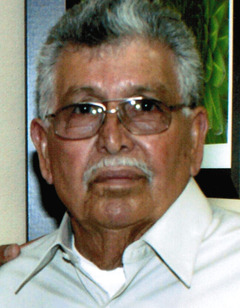 Marcelino J. Rojas, 75, passed away May 25, 2015. He was born June 2, 1939 in Portland, Texas. Marcelino was a loving father, grandfather, and friend to those around him. He worked at Brown & Root for 35 years as a pipe fitter. After retirement he worked for the City of Portland. He also enjoyed family barbeques.

To order memorial trees or send flowers to the family in memory of Marcelino J. Rojas, please visit our flower store.