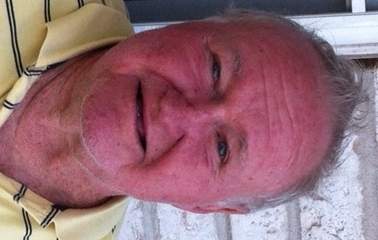 Kenneth Earl Jennings, 80, of Portland Texas passed away in the early morning hours of June 24, 2016.

Kenneth “The Cookie Man” Jennings was a retired warehouse manager with Nabisco Incorporated.  He was an avid hunter and spent much of his free time at his deer lease with his son and grandson.  He will always be remembered by family and friends for his great sense of humor and his generosity.  Kenneth is survived by his three children; Mary Ann Marshel, Susan (Mark) Duncan, Kenneth R. (Eva) Jennings, and his five grandchildren, Brandon Marshel, Justin Thomas, Shelby Duncan, Ashley Jennings and Kenneth L. Jennings.  We love you Papaw and we will miss you greatly.

Funeral services will be held on Tuesday, June 28, 2016 at Limbaugh Funeral Home in Portland, Texas

Visitation is from 10:00-11:00 a.m. with the funeral service immediately following at 11:00 a.m.  Internment at Palms Memorial Garden in Portland.

To order memorial trees or send flowers to the family in memory of Kenneth Earl Jennings, please visit our flower store.