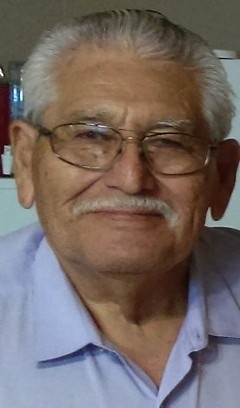 Juan Manuel Hernandez, 80, passed away with his loving family by his side on Sunday, February 18, 2018. He was born on May 26, 1937 to the late Eduardo Hernandez and was raised by his maternal mother, Lorenza and step-father Filberto Alvarez.

He met the love of his life, Consuelo Rodriguez, in Yoakum, TX and on August 24, 1954 they were married at St. Joseph’s Catholic Church. They shared 63 years of love. He was a caring and dedicated father to their three children.

They moved to Corpus Christi, Texas when he began working at CCISD. He expanded his knowledge by earning a degree in Automotive Mechanics in May, 1967 and Basic Refrigeration and Air Conditioning in January, 1968 from the Department of Trade and Industrial at Del Mar Technical Institute.

Together with his family, they moved once more, making Gregory, Texas their permanent home. He worked for GPISD, and then made his way to the Oil Field Industry. One of his greatest joys in life, was having the opportunity to work with his son in the Industry, which Juan retired from, at the age of 72.

The family would also like to thank the ICU Medical Staff at Dr. Regional Hospital for providing excellent service to Juan as well as for their compassion to the family during this difficult time.

To order memorial trees or send flowers to the family in memory of Juan Manuel Hernandez, please visit our flower store.
Send a Sympathy Card