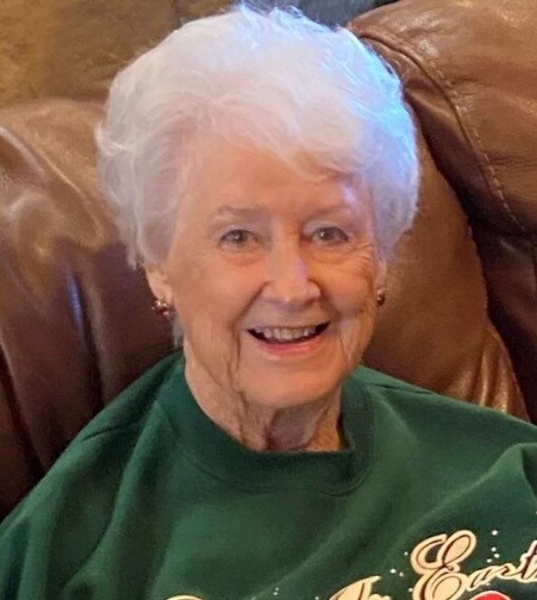 Joyce was born on July 23, 1935 to Carroll A. Pitzer and Roxie (Heinlein) Pitzer in Bayside, Texas.  She grew up in Refugio and after high school attended Southwestern University in Georgetown, Texas.  It was in Refugio, however, that she met the love of her life, Louis Little.  They were married in 1954 and made their first home in Tucson, Arizona.  The US Air Force and oil and gas industry allowed them to live in several different states before they finally settled in Portland in 1966.

Joyce was the ultimate wife, homemaker, mother, grandmother and great-grandmother.  She was the matriarch of her family and loved and cared deeply for all of us.  She will be truly missed.

She was preceded in death by her parents; two brothers, Rex Pitzer and Robert Pitzer; a son Russell, and two grandchildren, Jennifer and Chad Schmidt.

Visitation will be Monday, April 4, 2022, 5:00 PM to 7:00 PM at Winsteads’ Funeral  Home, Portland, Texas.  The Celebration of Life service will be Tuesday, April 5, 2022, 11:00 AM at First United Methodist Church, Portland.  Interment will immediately follow at The Palms Memorial Gardens Cemetery, Portland.

To order memorial trees or send flowers to the family in memory of Joyce M. Little, please visit our flower store.