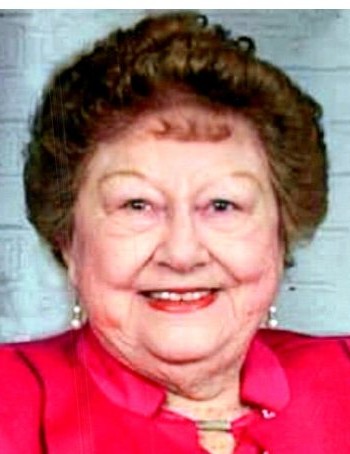 Joyce was born in 1934 in her grandparent’s farmhouse near Bordelonville, Louisiana, where she grew up speaking French and English.  The future educator would later recount gathering the farm’s chickens to be her “students” as she pretended to be a teacher.

World War II pulled her family, like so many others, from base to base.  Along the way, she attended Ursuline Academy in San Antonio and Sacred Heart School in Arkansas City, Kansas, among others.  After the war, her family moved to Alexandria, Louisiana, where high school classmates at Providence Academy aptly voted her Best All Around.

Joyce was a devout Catholic who spent her life in service to others, usually children.    Most recently, she volunteered for 19 years at Driscoll Children’s Hospital in Corpus Christi. The hospital was a good fit for Joyce because, like her, anyone in need was welcome.  In an award-winning speech she gave in 1952 denouncing racial segregation while a student at Loyola University in New Orleans, Joyce argued, “God sees only the souls made to His own image and likeness” and “all else in man is accidental.”  True to her words, she was always willing to help everyone she could.

It was in New Orleans that she met A. J. Cessac.  They were married for 56 years.  In 1966, they moved from Sour Lake to Portland, where they settled down, raised seven children, and played no small part in raising their many grandchildren.

Joyce was a teacher in the most complete sense. For more than fifty years, Joyce taught kindergarten and primary students, including at Taft Elementary and East Cliff Elementary.  At her parish church, Our Lady of Mount Carmel, she taught religion classes to children and adults for decades.  She went back to school herself, attending night classes to earn a Master’s Degree in Early Childhood Education even though it often meant bringing the youngest of her seven along with her. Outside the classroom, her example taught generations of family members, friends, neighbors, and students how to be not only compassionate but useful to others.

In 1978, Joyce helped found the Portland chapter of Catholic Daughters of the Americas, and she was a dedicated member until her passing.  More recently, she had helped create a widow’s ministry at her church.  She was a proud member of Delta Kappa Gamma, an honorary organization for women educators.  For years she was active in Portland’s ChatWork Civic Club and had recently spearheaded efforts to preserve Portland’s original library building.

After her husband passed in 2012, Joyce was particularly blessed to have a wide circle of loving and generous friends.  In addition to concerts, movies and dinners out, Joyce and the other “Happy Chicks” played Chicken Foot, their favorite dominoes game, at the Dairy Queen every month for about ten years.

To her family and to many others, Mama Joyce was truly Best All Around.

Visitation will be held 5:00 pm to 7:00 pm, Thursday, February 13, 2020 at Limbaugh Funeral Home, 500 Wildcat Dr. Portland, Texas, with a rosary to be recited at 7:00 pm that same evening. Funeral mass will be celebrated at 10:00 am, Friday, February 14, 2020 at Our Lady of Mount Carmel Catholic Church. Interment to follow in Palms Memorial Gardens in Portland.

In lieu of flowers, contributions can be made to a scholarship fund benefitting children treated for cancer at Driscoll who are going on to college: Marcia K. Wilcox Memorial Scholarship, Driscoll Children’s Hospital, 3533 South Alameda Street, Corpus Christi, TX 78411; alternatively, contributions can be made to Catholic Daughters Scholarship Fund, Our Lady of Mount Carmel Catholic Church, 1008 Austin St, Portland, TX 78374.

To order memorial trees or send flowers to the family in memory of Joyce Eve Cessac, please visit our flower store.
Send a Sympathy Card