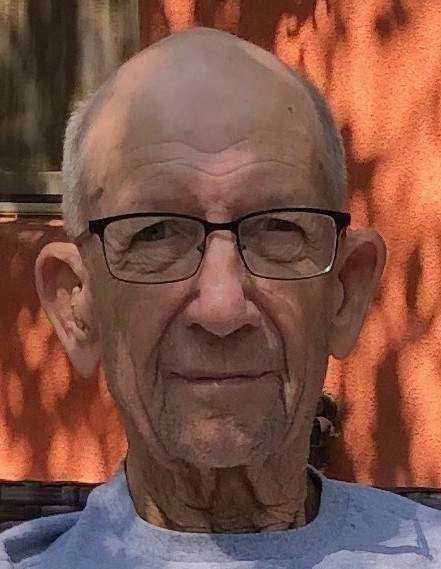 Our Daddy, Our Popi, John Archibald Whitley, “Johnny”, left this Earth, on July 19, 2020 to join his Love, his Lady, Marilyn. John was born on October 21, 1929 in El Paso,Texas to Ewing and Berniece Whitley. They moved to Corpus Christi, Texas where Johnny, along with his younger brother, Robert, grew up on North Beach. He made many good friends there who stayed in contact with him throughout his life. John graduated from Corpus Christi High School in 1948. He was drafted into the US Army in 1951 and served two years in Fort Totten, New York City. While there he met and then married the love of his life, Marilyn.

John and Marilyn lived their lives in Portland,Texas loving and raising two daughters and later a granddaughter made them happy grandparents. John worked for 33 years in the pre-cast concrete business. He was an avid fisherman and also had many varied interests and hobbies including collecting seashells, old medicine bottles, and butterflies. He spent several years as an enthusiastic Golden Gloves Boxing fan - serving many of those as a judge. However, his finest years were spent in retirement as a woodcarver. He was a member of the South Texas Woodcarvers for 17 years. During this time, he created many beautiful birds which he showed, sold and gave to family and friends.
John is survived by his daughters, Mary Carole Sitzes, her husband Britt, Beverly Daniel and her husband Don; one granddaughter, Melanie Edwards, and her fiancé Hector Gonzales; one brother, Robert Whitley, and his wife Sharlene; and many nieces and nephews whom he loved.

In lieu of flowers, please make a donation to your favorite charity. A celebration of his life will be held at a later date.

To order memorial trees or send flowers to the family in memory of John Archibald Whitley, please visit our flower store.