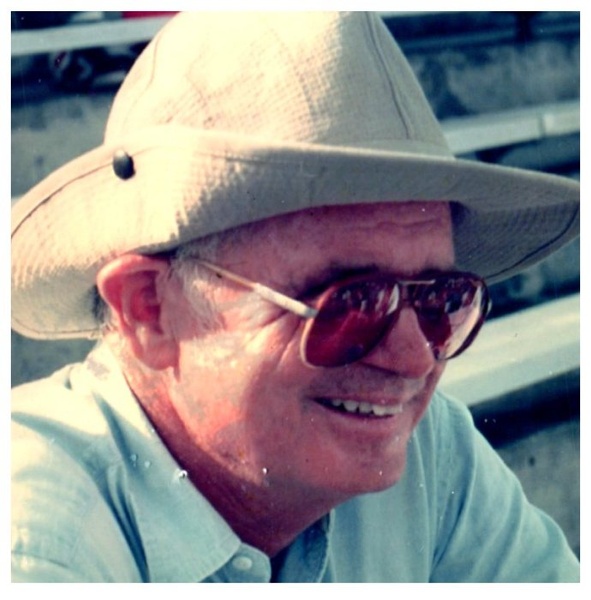 John W. Kline loving husband, brother, coach and animal lover went home to be with his Heavenly
Father on Monday October 1, 2018. John was born on November 8th, 1937 to parents William "Kit"
and Vera Kline and raised in Gregory, Texas and was a proud alumnus of Gregory Portland when the
high school was located in Gregory. During that time he was involved in football, basketball, and
track. After graduating from Southwest Texas University, he eventually returned to Gregory
Portland ISD as an educator and coach for the district for 28 years.
John coached football, basketball, and track for 33 years total, and he knew the kids and most of the
parentsâ€he went to high school with most of the parents. With a football record of 197â€18 and 23
track district championships in 28 years, he was a motivational and inspirational educator and is
considered a coaching legend. John was the only junior high coach to be elected to the Coastal Bend
Hall of Honor.
John married the love of his life, Myra Kline in 1972 and continued coaching until his retirement.
John and Myra have shared their lives with several animals and he is survived by their four dogs:
Abby, Bonnie, Buddy, and Casey as well as several cats. John joins his parents William "Kit" and Vera
Kline, his two sisters Deanna Kline and Charlotte Ellis, and many beloved pets in Heaven. John is
survived by his wife Myra Kline; his brothers Donald and Jerry Kline; and his cousin Gary Singleton.
He will also be missed by Donald's wife Wanda, his nephew Richard and his wife Anna and their son
Darwin; and niece Colleen Clakley and her husband Tracy and their daughter Alex Greene and son
Matthew. John was cherished by his church communities at St. Peter's Episcopal Church in Rockport,
Texas and St. Christopher's Episcopal Church By the Sea in Portland, Tx as well as his many friends,
students, and athletes. His special bond with his athletes never seemed more apparent as when
former student Michael Chester and his wife Audra honored John by naming their second son Kline
with big brother Cannon's blessing.
John's viewing will be held at St. Christopher's Episcopal Church By the Sea at 820 Wildcat Drive in
Portland, Tx on Friday October 5th, from 4pmâ€9pm. His funeral will also be held at St. Christopher's
Episcopal Church By the Sea on October 6th at 10am. There will be no graveside service. A private
burial will be held on Monday. In lieu of flowers, please send donations to St. Peter's Episcopal
Church in Rockport, Tx in the care of Jim Friedel at mailing address PO Box 1807 Rockport, Texas
78381

To order memorial trees or send flowers to the family in memory of John William Kline, please visit our flower store.