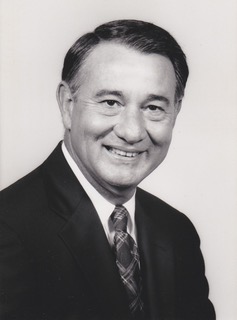 John Thomas Hatton, longtime resident of the Portland community, passed away on Monday, March 22, 2021.  He was born in 1943, and was raised in a military family, living in many locations, including Alaska, New Mexico, Kansas, and finally Texas, where he met Judy, his wife of 58 years.  He graduated from college with a music degree, but spent his life in business.  Music, however, continued throughout his life to be one of his greatest loves. He worked in his early years for IBM, later owning his own office supply business in Corpus Christi. He was a member of the Corpus Christi Pistol and Rifle Club, National Skeet Shooting Association, and the Rotary Club of Corpus Christi Downtown. His hobbies included skeet shooting, hunting, fishing, enjoying nature, playing his trumpet and music appreciation. He is survived by his wife; a daughter, Christina Stephens (Randy), grandchildren Samuel, Ross and William Stephens of Spring Branch; a son, Tommy Hatton, grandchildren Tyler, Macy and Margo Hatton of Portland; a brother, Harold Hatton of San Antonio.  Comments most often said about John include praise for his ability to listen and provide wise advice on a great variety of subjects.  He will be greatly missed.

To order memorial trees or send flowers to the family in memory of John Hatton, please visit our flower store.