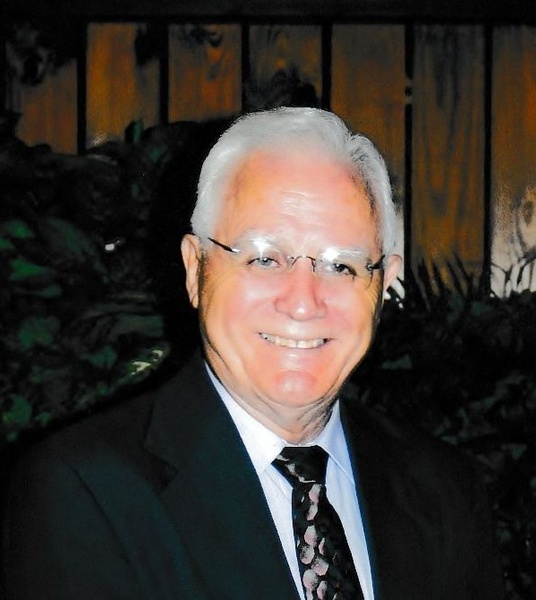 Ed was born on August 9, 1938, at home to J.D. and Theresa Glasson. He was the youngest of 4 boys. His family resided on a farm on the outskirts of Portland, TX. His brothers loved to treat him as their guinea pig, making him the subject of their experiments. In 1954, he met his high school sweetheart, and his future wife of 62 years, Betty Massey. Ed loved to tell everyone that Betty was the new girl in town, and he had to fight off all the other boys. Ed played football and participated in track at Gregory-Portland High School and was a lifelong member of the Wildcat Booster Club. If it was Friday night and the Wildcats were playing at home, you would find Ed in the bleachers cheering for his Wildcats. After graduating from high school Ed attended Barber College in Austin, TX. Upon completion, Ed returned setting up his own business that eventually became “Ed’s Hair Design”. It was common to find GP athletes in his barber chair. Ed enjoyed visiting with everyone who sat in his chair. In an effort to not let them catch on that he was terrible with names Ed called all the men who sat in his barber chair “guy”. Ed also worked for 58 years as a realtor with Century 21, He and Betty raised their son Robert and were founding members of the North Bay Church of Christ in Portland. Ed served the Lord faithfully as an Elder in several Churches of Christ in Portland.

While Ed was an accomplished businessman, his true pride and joy was his family. Ed was a man who loved and was devoted to God. Ed and Betty married September 21, 1957. Ed has missed her terribly since she went home to be with the Lord. They had their only child Robert Allen on Ed’s birthday August 6, 1960. They were both very proud of his accomplishments in choir and UIL. Ed and Betty both would light up as they talked about their son Robert. He was a very proud “BawBaw” to both his grandchildren (David and Marie). He was always watching over the needs of his family, consistently praying for others, and getting up early and reading his Bible each day. Ed enjoyed serving the Lord each day. Ed spent countless hours visiting the sick and home bound. Ed and Betty were a great source of encouragement to many. Sharing their love of the Lord always and interacting with his customers; playing golf with his brothers; and bird hunting.

Ed was preceded in death by his wife, Betty; their son Robert Allen Glasson; and his brothers Norman and Billy Glasson. He is survived by his brother Bobby Glasson of Portland; grandchildren David Glasson (and wife Celeste) of Texas; Marie Glasson of Portland, Texas; his daughter in law Nancy Glasson Rose and her husband Jimmie and children Ashley and Zachary of Ingleside, Texas; his sister-inlaw Vickie Siebert and brother-in-law George of Virginia; and many nieces and nephews.

To order memorial trees or send flowers to the family in memory of John Edmond Glasson , please visit our flower store.