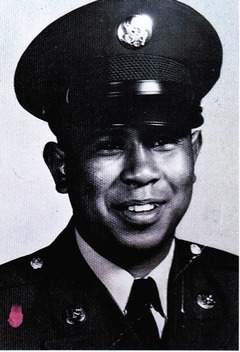 Jesse Andrew Bazan, 66, passed away quietly on April 24, 2014 surrounded by his family. We are grief-stricken by loss of this great man who was more than just a loving and adoring husband, father, and grandfather. Jesse was also a proud Vietnam Veteran who served his country when called and came home safe to his parents and siblings. God’s plans for him included marriage to the love of his life – Gloria and the subsequent birth of his three children - Gabriel, Ida, and Veronica. He blessed Jesse and Gloria with seven adoring grandchildren – Santiago, Marcus, Lorenzo, Anthony, Andrew, Eliana, and Adrian. Jesse was raised in a large family and leaves behind his youngest sister Rachel and his six brothers – Hector, Carlos, Ivan, Rolando, Ricardo, and Larry.

We, his family, take solace in knowing that he is resting in the loving arms of our Father, embracing his loved ones who passed before him – his parents, Mr. & Mrs. Jesus Bazan and his two sisters Elena & Lydia. Our most heartfelt gratitude to our God for sharing this extraordinary man with us and allowing us to love and cherish him. Our memories will sustain us for now and we pray that he is looking out for us, waiting for the day when we will be reunited with him again. Our love for him will never die.

To order memorial trees or send flowers to the family in memory of Jesse A. Bazan, please visit our flower store.