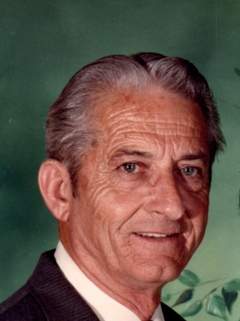 Jerry E. Dorminy passed away on April 15, 2017, at his home surrounded by his loving family. He was born December 19th, 1925, in Hoboken, GA, to Dr. Andrew Cornelius and Norabell Dorminy. Jerry was preceded in death by his parents, his sisters, Chris Williams and Marjorie Welch, and brother, Dr. Bill Dorminy.

Jerry graduated from Hoboken High School and attended the University of Georgia before joining the US Navy in 1943. He served in the South Pacific during WWII as a Communications Operator until 1945. After discharge from the Navy, Jerry graduated from Port Arthur College, and while employed as a disc jockey at the local radio station, met his future wife, Mary Ann. They were married on April 18, 1953 and moved to Premont, TX, where they were blessed with four children. Jerry was employed by Sun Oil Company as a communications technician and was transferred to Portland, TX, where he retired from Koch industries after 40 years. Jerry enjoyed spending time on his HAM radio, traveling the country, and  camping. He took much pride in the accomplishments of his children and grandchildren.

Jerry will always be remembered for his mild demeanor and gentle heart. He was a blessing to all and will be missed dearly by his family and friends.

Visitation will begin at 5:00 pm on April 19, 2017, at Limbaugh Funeral Home in Portland, TX.  A rosary will be said at 7:00 pm.  A funeral mass will be celebrated at Our Lady of Mount Carmel, Portland, TX on Thursday, April 20, at 12:00 noon, with graveside service at the Coastal Bend State Veterans Cemetery at 2:00pm.

To order memorial trees or send flowers to the family in memory of Jerry Elkin Dorminy, please visit our flower store.