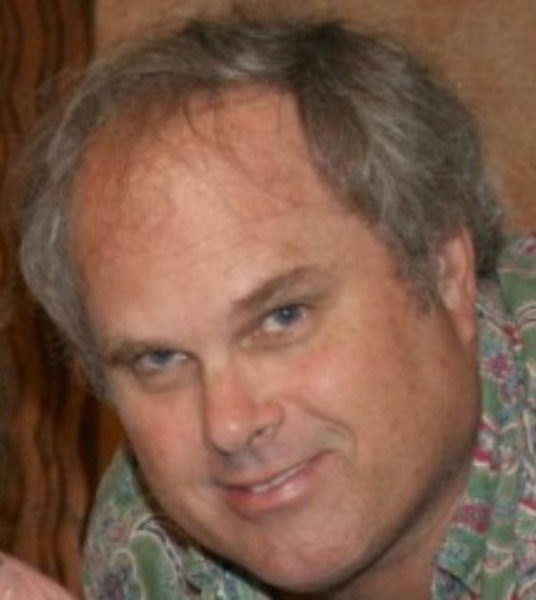 James Ashley Ellis, Jr., who was known to all as Jay, died at home on Thursday, December 16, 2021 at the age of 64 after a hard-fought battle with colon cancer. Jay was born on July 16, 1957, in Lincoln, Nebraska, to James Ashley Ellis (USAF Ret.) and Sarah Jean Webster (Ellis) Underwood.

Jay was a unique individual. He was talented and intelligent but always looking at life from a different perspective. Jay’s childhood was spent on Air Force bases in Lincoln, Nebraska; Selma, Alabama; Naha, Okinawa and finally Columbus, Ohio. Once his father retired from the military, after a short time in Temple, Texas, the family settled in Portland; but Jay never got the desire for travel and adventure out of his system. Jay graduated from Gregory Portland High School and was a proud GP Wildcat. He was first chair percussion in the Wildcat Band, and often spoke of his time at GP as the best of his life.

Jay started surfing in Port Aransas in 1971, and it changed his life forever. Jay traveled and surfed in Texas, California, Oregon, El Salvador, Mexico, Hawaii, Bali, Sumatra, South Africa and Southeast Asia. In 1985, Jay moved to the North Shore of Oahu in Hawaii and surfed every legendary wave he could find. He became a “regular” in the line-up at Sunset Beach when the waves got big. Jay’s love for surfing never diminished, and to the end he hoped to be able to paddle out again. At times his drive to surf conflicted with other things in life, but he would not have traded a day of it for anything else.

Jay graduated from Texas A&M University with a degree in Environmental Design (Architecture) and won a national design award for his Shelter Island State Bank design in San Diego, California. He was a licensed AIA Architect in Texas and Hawaii. He was extremely proud of his role in designing a number of phenomenal homes overlooking the Pacific in Hawaii with his partner Chuck Masseth. He designed the master suite overlooking Sunset Beach for professional surfer (and Texan) Ken Bradshaw.

During his life, Jay was a dreamer and loved to imagine things never done before. He was a lover of nature and the outdoors, and as a child was fascinated with snakes, wildlife and things that many people would not notice. He was energetic and chased his dreams with boundless enthusiasm, and became frustrated when others did not share his vision. Later in life, it was difficult for him to accept that many of them were never realized.

Jay received Jesus Christ as his personal Lord and Savior at Meadow Oaks Baptist Church in Temple, Texas when he was 12 years old. Although, like all of us, he wandered from the path, he never forgot his commitment to Christ and sought comfort in Him during his last days.

He is survived by his sister, Barbara Lynne Ellis, his brother, Steven Webster Ellis and wife, Sharon Schulz Ellis, and nieces Sarah Ellis, Claire Ellis Runyan (Peyton), Caroline Ellis Kilb (Justin) and nephew John Ellis (Allison), and three great-nieces. He also has a much-loved aunt and uncle, Pat and Harry Helton of Richmond, Virginia. He was preceded in death by his parents James Ashley Ellis and Jean Ellis Underwood.

A graveside service will be held and his ashes will be interred on January 8, 2022, at 1:30 p.m., at the Palms Memorial Gardens Cemetery west of Portland, Texas. A memorial Paddle-Out will be held in Port Aransas at a later date. In lieu of flowers, donations may be made to the American Cancer Society or the charity of your choice.

To order memorial trees or send flowers to the family in memory of James Ashley Ellis, Jr., please visit our flower store.
Send a Sympathy Card