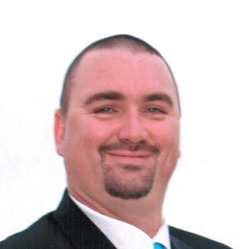 Jack Smith Childers, Jr. of Portland passed away unexpectedly on July 14, 2015 at the age of 32. Jack was born on October 2, 1982 to Jack Childers, Sr. and Carol Owen in Fairfield, California. Jack was married to Tammy Fowler by the Justice of the Peace on October 10, 2013. Jack is survived by his wife and their son, Ryan. He leaves behind his mom Carol and dad, Tim Fielder, of Taft; his sisters Sharon Childers (Kirk) of Portland, Lindsay Sorenson of Vacaville, California and Brandie Ellis of Calallen as well as his best friend, whom he called “brother,” Bobby Aube (Rhonda)of Portland. He also leaves behind his nieces and nephews Michael, Aryia, LouAnn, Eric and Kristin as well as numerous aunts, uncles and friends. He was preceded in death by his father, Jack, Sr.; his brother Blake Whitworth; and his grandparents.

Jack was a long-time loyal and dedicated employee of Gulf Stream Marine of Corpus Christi.

Jack was an amazing man with a bright smile and a wonderful attitude about life, he loved spending time with his son, his nieces and nephews and his family. He was an avid fan of San Francisco 49ers and enjoyed barbecuing, both for his friends and in competitions. He was always there to lend a helping hand or a listening ear. Everyone that met him loved him. He will be missed by all who had the chance to know him.

Visitation will begin at 10:00 a.m., Saturday, July 18, 2015 at the Church of Jesus Christ of Latter Day Saints in Portland with the funeral services to be held at 11:30 a.m. that same day. Interment to follow at The Palms Memorial Gardens in Portland.

To order memorial trees or send flowers to the family in memory of Jack Smith Childers, Jr., please visit our flower store.
Send a Sympathy Card