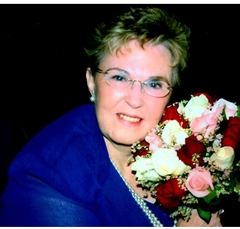 Hassie Warden Glasgow passed away on October 20, 2017 at the age of 84. She was born on April 29, 1933 in Collins, MS to the late Ward Welsh and Hassie Quick. Hassie earned her degree in nursing from Del Mar College in 1972 and spent 41 years at Doctor’s Regional Hospital. She was active in the Presbyterian Church in Kingsville before moving to Corpus Christi.

Funeral services will be held at 2:00 PM, Tuesday, October 24, 2017 at the Limbaugh Funeral Home. Interment to follow at the Palms Memorial Gardens.

To order memorial trees or send flowers to the family in memory of Hassie Warden Glasgow, please visit our flower store.