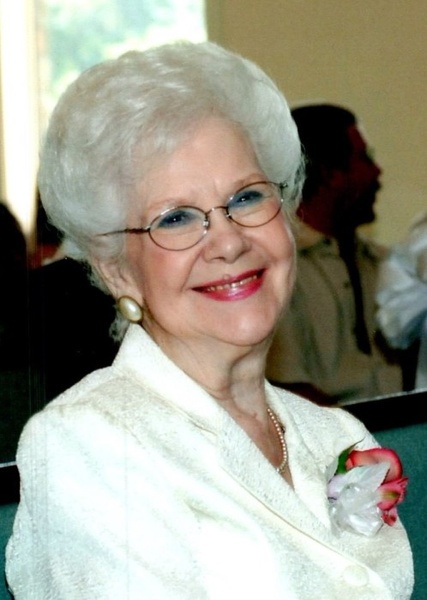 Gladys “Pam” Baker, 93, passed away Sept. 2, 2019 at Willacy Assisted Living in Portland.  From the time of her birth on July 31, 1926 until her death, she touched many lives with her gentle, loving presence as well as through the sharing of her faith and Christian principles.

Born in Portsmouth, Hampshire, England, she met A.G. “Tex” Baker when, during World War II, he was stationed in England with the U.S. Army.  The two were married on June 4, 1945 when Pam was 18 years old.  Tex was honorably discharged two months later, after the war concluded, and he returned to his home in White Point.

Eventually, Pam was able to travel from England to join her husband. The Portland area became her home for the remainder of her life, although from time to time, she yearned for the tranquil green countryside and the moderate climate of her homeland.

Pam was a life-long churchgoer and taught Sunday School for many years.  She was a faithful member of Bethel Baptist Church in Ingleside.

Born to Harry and Alice Harrison, Pam was one of three daughters and a son.  She took many trips back to England to visit her family, which included two older sisters, Kathleen and Carol.  Years later, she said that her happy, stable home life during her formative years in pre-war England, combined with the love and nurturing of her family in the war’s aftermath, provided her with the resilience to adjust to and thrive in a new country.

Visitation will be from 5:00 PM. to 7:00 PM on Thursday, Sept. 5 at Limbaugh Funeral Home in Portland.  Chapel Service will take place Friday, Sept. 6, 2019 at 1:00 PM, also at the funeral home. Burial will follow at Palms Memorial Gardens in Portland.

To order memorial trees or send flowers to the family in memory of Gladys Baker, please visit our flower store.