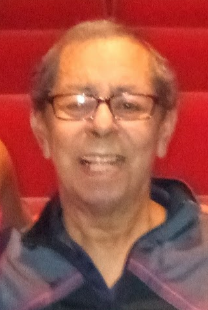 Gilbert Dominguez Hinojosa gained his angel wings on April 6, 2019. Gilbert was born on August 10, 1943 to Epifanio and Josefa Hinojosa in Taft, TX.

He graduated from Gregory-Portland High School in 1963 where he was a 4 year letterman in football, basketball, track, and band. It was during his school days at GP that he met and fell in love with his future wife, Minerva Chavez. After graduation, Gilbert enlisted in the U.S. Army. Upon his discharge Gilbert and Minnie were married on August 19, 1967. He attended Texas A&I University where he earned a Bachelor's of Business Administration. He was an active member of Our Lady of Mt. Carmel Catholic Church where he served as a Eucharistic Minister and was a Lifetime member of the Knights of Columbus. His love of sports led him to coach several teams in baseball, boxing and track. Gilbert loved to BBQ and spend time with his family, friends and especially watching his granddaughters' many different activities.

Gilbert is preceded in death by his parents and a sister.

He leaves behind to cherish his memories the love of his life, Minnie; His son, Gilbert (Amy) Hinojosa Jr.; His daughter, Michelle Hinojosa; beloved granddaughters Rachel, Tori, Ellie, Daniella, and Bella all of whom he never got tired of talking about.

Visitation will be from 12:00 PM – 9:00 PM with a Rosary at 7:00 PM on Wednesday April 10 at Limbaugh Funeral Home. Funeral Mass will be celebrated at 11:30 AM on April 11 at Our Lady of Mount Carmel Catholic Church in Portland. Burial to follow in Coastal Bend State Veterans Cemetery.

To order memorial trees or send flowers to the family in memory of Gilbert Hinojosa, please visit our flower store.
Send a Sympathy Card