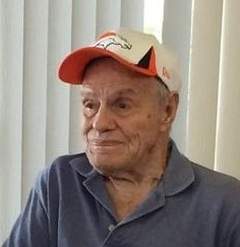 Fred G. Mauch passed away at age 82 on June 3, 2016 in Colorado Springs, Colorado. His parents were Ferd Mauch, Sr. and Ruby Davis Mauch. Fred was a 1953 graduate of Gregory-Portland High School. He attended college through a track scholarship, and served in the Honor Guard after volunteering for the draft. Fred’s life’s occupation was a union electrician in Colorado Springs.

A memorial service will be held at 1:00 p.m. June 18, 2016 at the Limbaugh Funeral Home in Portland, with interment to follow at The Palms Memorial Gardens.

To order memorial trees or send flowers to the family in memory of Fred G. Mauch, please visit our flower store.