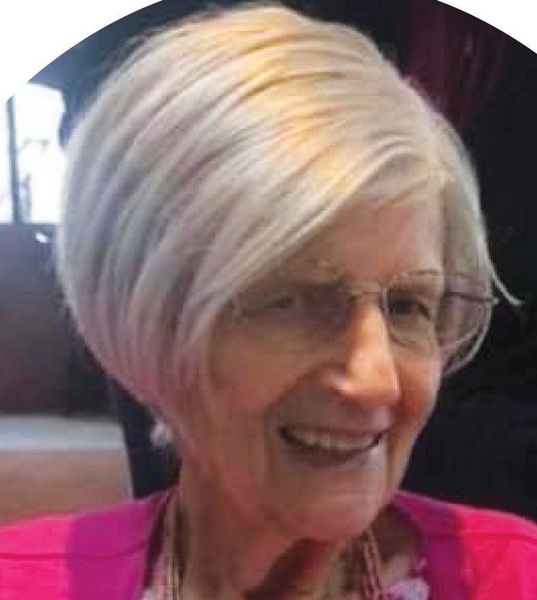 ­­­Earie Cecile Cotton passed away peacefully on May 7, 2022. Born on June 18, 1923 Earie was just shy of her 99th birthday. She was the last living sibling out of the 12 children born to her parents, Frank and Lula Pegoda at the Pegoda homestead in Walker County, Texas.

At the age of 18 she married James “Cap’n” Cotton who she loved with all her heart. James and Earie had a loving relationship that was considered a shining example to many. They were happily married for 67 years until his death in 2008. Earie and James had 7 children: Jimmie Cecile, James Emory, Franklin Stewart, Angela Kay, Charles Edward, Preston Keith and Abbie Gayle, as well as 19 Grandchildren, and more Great Grandchildren than can even be counted as well as Great-Great Grandchildren!

Earie beamed with pride and adoration spending time or telling stories about her large family. Even in her later year’s she could recall all their names when recounting the visits, phone calls, cards, gifts and especially the photos she so cherished.

Earie was grounded by her faith in God and was a devoted lifelong servant of the community and spiritual pillar to many. She was strong and determined yet humble. She was an optimist and saw all of the best in people and loved unconditionally.

She was very social, and loved by the many friends made though the church, through her extended family, or through her hobbies such as sewing and quilting, learning Spanish, oil painting, being a fishing buddy and playmate to Cap’n and playing dominoes. She was a shrewd domino player, calculating the points in her head much quicker than her younger opponents (who were counting on their fingers under the table)! She loved to shop, had style and flair and loved to get dressed up. She was always full of compliments to those around her. She even formed a bond with the neighborhood cats who flocked to her for love and cuddles. She will be dearly missed!

In lieu of flowers please make donations to your favorite charity in Earie’s name.

Reception and viewing on Thursday 5/12 from 5 -7 PM at Winsteads’ Funeral Home on Wildcat in Portland. Funeral Service will be at 2:00 PM on Friday 5/13 at the Northbay Church of Christ on Denver in Portland. She will be laid to rest next to her beloved husband­ James and children Jimmie Cecile and Preston, on Sunday 5/14 at 11 AM in Huntsville, Texas at Bath Cemetery.

To order memorial trees or send flowers to the family in memory of Earie Cecile Cotton, please visit our flower store.