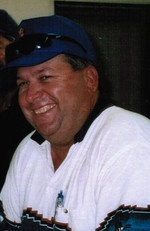 Duane Troy Campion, born November 9, 1959, was called home to be with his Lord and Savior on February 13, 2012. Born in Corpus Christi, Duane spent all but four of his 52 years of life here in Portland. He graduated from Gregory-Portland High School in 1978 before enrolling at Texas A&M University where he received his Bachelor of Science in Range Science in 1981. After working for Halliburton in Victoria for just one year, he returned to his roots and worked alongside his father at Reynolds Aluminum. When his father retired after 30 years as Farm and Ranch Manager, Duane took over the position and worked tirelessly for the company for the next 24 years. After leaving Sherwin Alumina in 2008, he was appointed the Agricultural Extension Agent for San Patricio County.

Duane's commitment to the community and local youth was evident by his involvement in several activities. Whether it was serving as a Little League board member, umpiring a game, or spending countless hours at the barbeque pit for the Gregory-Portland Band Boosters, Duane enjoyed every minute.

Duane was a devoted and proud father to his three sons, Darren Troy, Brian Jordan, and Bradley Alan Campion. He loved and adored his wife of 25 years, Kelli Jordan Campion, and was a faithful and loving son to his father and mother, Norman Troy and Delta Koch Campion. Duane's servant heart and gentle spirit will be greatly missed. All who were lucky enough to know him are better people for it.

In lieu of sending flowers, a memorial scholarship fund has been established and donations can be sent to the following address: San Patricio 4-H Council, 219 N. Vineyard, Sinton, TX 78387.

To order memorial trees or send flowers to the family in memory of Duane Troy Campion, please visit our flower store.