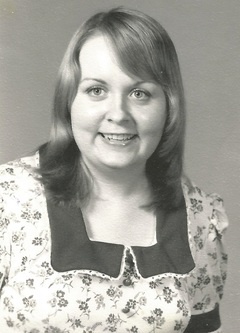 Donna Kay Blackwood, daughter of Everett Earl Blackwood and Marisue Coulliette, returned to the loving and peaceful embrace of her Heavenly Father on Tuesday, February 24, 2015, after a brief illness.  Many thanks to the extraordinarily kind and compassionate staff of Spohn Hospital, Shoreline.

Donna was a devout member of The Church of Jesus Christ of Latter-day Saints, active as much as her health permitted.  She loved children, animals, genealogy, historical romance novels (she eventually wrote one of her own), ghost stories, and the Disney Chanel, among many other things.  She was also known to write creative stories for the children of those close to her.   She was a kind, caring and generous soul with many friends.  She will be greatly missed.

Donna was preceded in death by her father.  She is survived by her mother, her brother, Barry Alan, an aunt in South Carolina, as well as cousins in Texas and South Carolina.

Services will be held at 10:00 a.m., Saturday, February 28, 2015, at the Church of Jesus Christ of Latter-day Saints in Portland at 600 Marriott Drive.  Barring inclement weather, a brief graveside service will follow at Palm Memorial Gardens Cemetery, 4335 Midway Road, Portland (one mile west of Portland on County Road 3567).

To order memorial trees or send flowers to the family in memory of Donna Kay Blackwood, please visit our flower store.