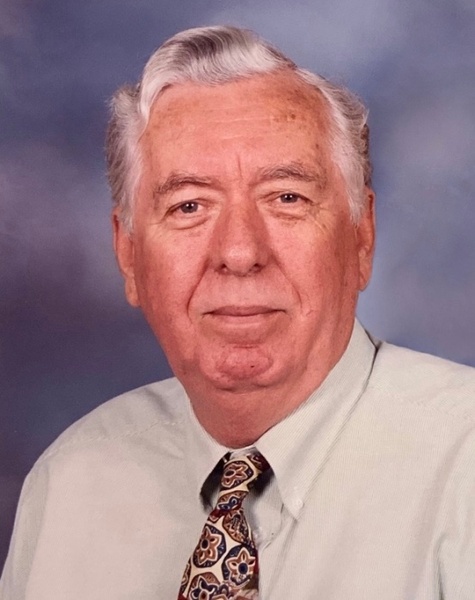 David Petersen Durham, 83, passed away peacefully with his family around him at his home in Portland, Texas, on Monday, October 19, 2020, after a long battle with Parkinson’s Disease. He was born on September 2, 1937, in Birmingham, Alabama, to John B and Helen Petersen Durham. He had one brother, John B Durham, who passed away in Merritt Island, Florida, just two months before his own passing.

He grew up in Birmingham and graduated from Shades Valley High School and went on to Birmingham Southern University and Emory University in Atlanta, where he received his Master’s Degree in Geology. He was a top level gymnast with great potential, but chose to pursue studies in geology instead.

His first job was for Sprague and Henwood working on the Pennsylvania Turnpike. Phosphate was then discovered in White Springs, Florida, and he went to work for Occidental Phosphate Company as a geologist at the Suwannee River Mine.

While he was there he met a maintenance clerk named Patsy. They ate lunch the same time every day in the cafeteria. He asked her if she would like to go to the county fair one night. She replied that she only accepted dates a week in advance. He said, “Oh” and she said, “Well, ask me!” He said, “Do you want to go to the county fair with me next week?” She accepted and their love story began. They married six months later on August 20, 1966.

They moved to Ciudad Piar, Venezuela, so David could work at an iron ore mine owned by US Steel at Orinoco Mining Company. Four years later they transferred in the middle of winter from the jungles of Venezuela to the jungles of Pittsburgh, Pennsylvania. David traveled for four years as part of the International Exploration Team out of the U.S. Steel Headquarters, having many exciting and sometimes dangerous adventures exploring Southern Africa.

In 1975, weary of being apart, Patsy requested that they be moved somewhere, “Anywhere!” together. “Anywhere” turned out to be Mafeking, South Africa, working at a new fluorspar mine. They loved life there and were able to extensively travel the world during the next five years, exploring Europe and South America on multiple trips, having many wonderful family adventures. When the mining work completed, David and Patsy left part of their hearts in South Africa and moved the family to Corpus Christi, Texas, in 1980.

In south Texas, David worked in the oil field and then moved from adventures on land to adventures on sea as a shrimp boat owner and captain, where he earned the nickname “Diamond Dave.” He obtained a U.S. Coast Guard Merchant Marine Officer license. He also taught at St. Leo’s College at the Naval Station at Ingleside, Texas, teaching basic physics and natural sciences

David was passionate about birding. He led paid birding tours in Alaska and taught many friends and family how to bird. He had an impressive “life bird” count of over 540 bird species. His love for birds led him to design and build nesting platforms for great blue herons and other birds. His design is used all along the coastline, and the platforms he built can still be seen off the causeway from Portland to Corpus Christi. He was a Texas Audubon Society warden who worked to protect nesting islands and sites.

Any who knew David would call him a “raconteur extraordinaire.” He always had great stories and anecdotes to tell in a skillful and amusing way and dinner time could stretch on for hours as family and friends enjoyed the tales of his life. A talented photographer, he created slide shows that were anything but boring, as he shared his fantastic stories alongside the pictures. He loved telling jokes and would always have a witty comment or comeback at the ready.

Recalling more of his many talents, his family remembers he was an artist, a pilot and a gardener. His mother was an accomplished oil painter and David inherited that gift, creating his own paintings and watercolors. He was a glider pilot and received a high altitude badge for soaring at 22,000 feet. He was an avid gardener and enjoyed experimenting with plants. He once grew an enormous backyard grapevine from a vine attached to grapes he bought at the grocery store. He entertained his grandchildren with his “magic,” tying knots and doing tricks.

His family cannot look at the night sky without thinking of David and his interest in astronomy. He taught them how to appreciate the physical beauty of the world around them by pointing out stars and planets and plants and birds and rocks and so many other things that will always make them think of him.

A memorial service will be held Saturday, October 24th at 2pm at All Saints Episcopal Church, 3026 S. Staples, Corpus Christi. Social distancing and masks are required at the church.

In lieu of flowers, please make donations to:

To order memorial trees or send flowers to the family in memory of David Durham, please visit our flower store.