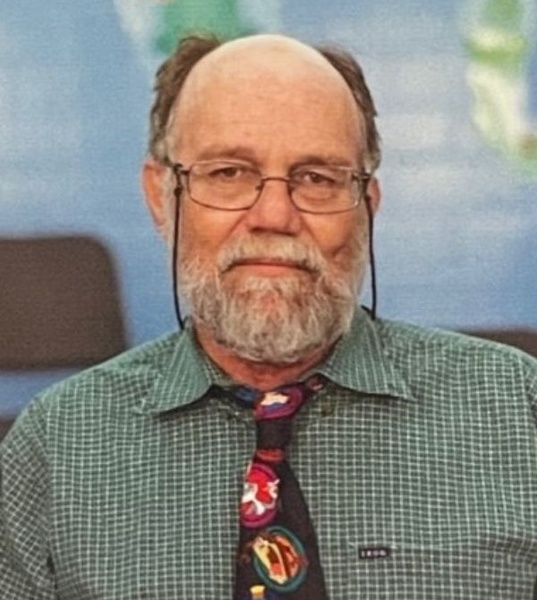 Christopher Charles Strain passed on June 19, 2022 at his home in Portland, Texas.  He was born on December 21, 1952 in San Antonio, Texas to his proud parents Joseph Charles Strain and Barbara Louise Maltsberger Strain.  The family moved to Houston, Texas, when Chris was four and had only three sisters.  Another sister was born there, followed by a fifth after the move to Portland when he was eight.  Relief came three years later when he was blessed with a brother, and then another four years after that.  He got lucky again with twin sisters a few years later.

Chris graduated from Gregory-Portland High School in 1971, where he won the high honor of “wittiest.”  He attended St. Mary’s University and The University of Texas at Austin, finally graduating from the University of Corpus Christi.   He had many jobs in his younger years, including waiting tables and construction.  He opened a video rental store, along with his father, in the 1970’s in Aransas Pass and another in Corpus Christi, and managed those for years.  He later managed Dillon Industrial Village in Corpus Christi.  His “job” the last few years has been entertaining and cooking at Bay Auto in Corpus Christi.

Chris had a quick, sarcastic, wit and used it unsparingly.  For those of us who watched Wheel of Fortune with him and Mom, the “moron” contestants didn’t stand a chance.  But he was also a most kind and generous person.  His friends knew who to call if they needed help, whatever it was.  The past few years he went by his mother’s every morning and brought in the newspapers for her, then returned later to read them himself.  He would return in the evenings to watch the Wheel with his mother and three oldest sisters.  Chris enjoyed playing golf with his buddies, reading, movies, reading, and solving any word or number puzzle around.  The New York Times crossword was no big deal for him.

Chris is predeceased by his father and his brother-in-law Robert Witkowski.  He is survived by his mother and nine siblings: Stephanie Witkowski, Therese Strain, Michelle King (Dan), Greta Strain, Shawn Strain (Dennis Reed), Patrick Strain (Bonnie), Nicolas Strain (Patti), Rachel Militello (Mark), and Rebecca Newman (Jose).  He leaves behind numerous cousins, nieces and nephews and three great-nephews, along with many, many friends, including Lisa and her son Holton.  Chris was a generous “unofficial uncle” to many more.

To order memorial trees or send flowers to the family in memory of Christopher Charles Strain, please visit our flower store.