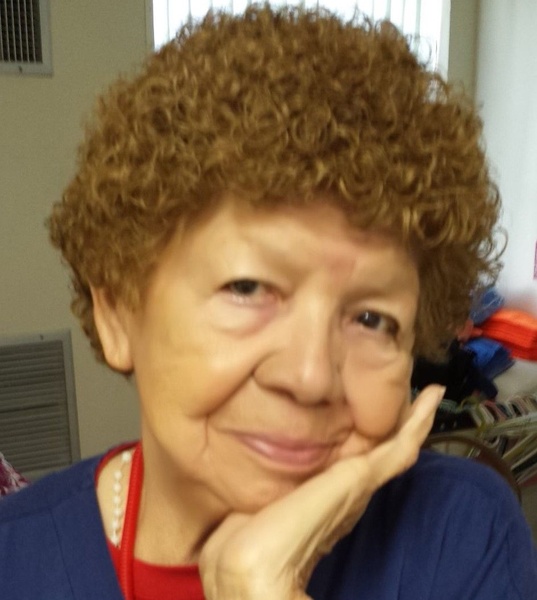 Bonifacia was born in Muldoon, Texas on March 17, 1938 the daughter of the late Porfirio Torres Villenueva and Maria Dolores (Mota Riviera ) Villenueva.

She married Manuel Perez on December 1, 1958 in Tahoka , Texas by the Justice of the Peace. Then united in Holy Matrimony according to the Rites of the Holy Roman Catholic Church at Our Lady of Mount Carmel in Portland , Texas on the 7th day of January 1971.

Bonifacia worked for many years as a hospital housekeeper for Memorial Hospital , and a C.N.A. for Driscoll Children’s Hospital in Corpus Christi , Texas. Later in her years she moved to La. Grange, Texas to care for her parents along with her sisters. While she was there she worked for Fayetteville Memorial Hospital. She moved back home to Portland in 2004 Worked for Trisun Health Care Coastal Palms and the Goodwill in Portland , Texas for several years.

She was a faithful member of Our Lady of Mt. Carmel Church in Portland, Texas. Bonifacia enjoyed spending time with her grandchildren then also with her great grandchildren. She enjoyed watching the Price is Right , Wheel of Fortune and the Houston Astros.

Funeral Services will be held on Thursday, May 12, 2022 at our Lady of Mount Carmel Catholic Church. Starting with the rosary at 9:30 followed by Mass at 10:00. Interment will follow at The Palms Memorial Gardens Cemetery Portland, Texas.

To order memorial trees or send flowers to the family in memory of Bonifacia P. Perez, please visit our flower store.
Send a Sympathy Card