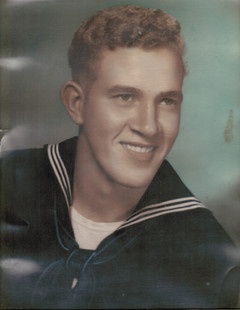 He graduated from Arkansas Greenwood High School in 1951, honorably served eight years in the United States Navy during the Korean War; to return and earn his BS from the University of The Ozarks in 1961.

Bill Hall was the Loving husband of 57 years to Barbara Hall, and they have lived in Portland, Tx for the past 45 years.
He is survived by his wife Barbara, and two sons Mike of (Spring Branch, TX) and Mark of (Pipe Creek, TX), and their families that include Mr. Hall’s 5 grandchildren.

He is also survived by his sister Shirley Graham of Fort Smith, Arkansas and her family.

He is preceded in death by siblings Doris Vervak of Midwest City, Ok. and Charles Richard Hall of Fort Smith, Ark.

Bill worked as a successful salesman in the oilfield for various companies until his retirement.

Bill Hall was an active member of the Portland Masonic Lodge AM FM 1411 until the time of his death. Mr. Hall served the lodge twice as Worshipable Master.

One of his greatest contributions to the Portland lodge was his unyielding dedication to teaching new members Masonic Degrees. His unparalleled list of former students exceeds 55. Bill was always ready to take on new students and was well known as a steadfast and reliable brother throughout the Coastal Bend. He was often called upon to perform Masonic degrees and funerals throughout the Region.

Bill also entertained children and helped raise money for the Shriner Children’s Hospital as “Joker” in the Shrine Clown unit.
His hilarious storytelling and endless reliability will be greatly missed by his family and friends.

A viewing will be held Wednesday, January 29, 2014 at Limbaugh Funeral Home in Portland, followed by visitation from 4:00pm-6:00pm.

To order memorial trees or send flowers to the family in memory of Billy Morgan Hall, please visit our flower store.