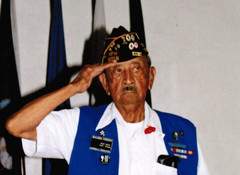 Benjamin R. Cisneros 86, of Taft, Tx. died on October 23, 2016 at his home, surrounded by his family & loved ones. His wife Bertha H. Cisneros preceded him in death. He was the son of Juan & Josepha Cisneros, he had 2 brothers & 2 sisters all have preceded him in death. He leaves behind his children Ben, Jr & Linda , Lupita & Alonzo Cantu, Diana & Rey Narvaez, of Katy, Tx. Oscar & Priscilla, David & Stephanie of Austin, Tx , Albert & Keenah; 16 grandchildren;  6 great grandchildren & 3 great, great grandchildren.
He lived in Taft his whole life, worked as a farmer until enlisting in the Army in 1952. He served in the Korean War from 1952 to 1954. He returned to continue in the army reserve as Sgt. 1st class for over 25 yrs. He worked at the Corpus Christi Army Depot as a material expediter for 28 years before retiring. He was an active member at the Immaculate Conception Church. He coached Little League baseball for many years. He loved baseball & his Astros. After retiring, he enjoyed traveling with his wife & friends. He joined the VFW & became an active member and was a past post commander.
He enjoyed spending time with his children & grandchildren attending as many of their varied events as possible. He enjoyed talking with everyone he met. Over the years he has received many awards, metals and plaques for his service in the military and VFW.
He touched the lives of so many people. He was a loving husband, good provider & role model to his children & grandchildren. He will be missed by everyone who had the privilege of knowing him.

Visitation will be held from 1:00 – 9:00 p.m. Wednesday, October 26, 2016 at the Limbaugh Funeral Home, with the rosary to be recited at 7:00 p.m. that same evening. Mass will be celebrated at 10:00 a.m. Thursday, October 27, 2016 at Immaculate Conception Catholic Church in Taft. Interment to follow at The Palms Memorial Gardens.

To order memorial trees or send flowers to the family in memory of Benjamin R. Cisneros, please visit our flower store.