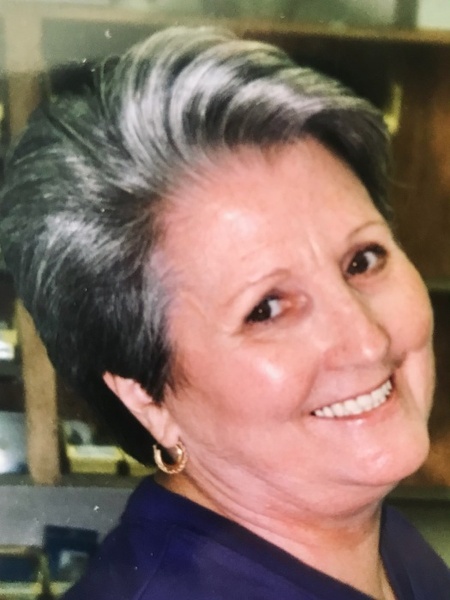 She graduated from El Dorado High School in 1956.  She married her husband of 57 years Bill Hall June 7, 1957.   The couple moved from state to state with her husbands’ job in the oilfield… the entire time  with her begging him to please get her back to Texas.’

She finally got her wish in 1968 when they settled in Portland Texas for the remainder of their joint life.

Barbara worked hard to put herself through nursing school and became a RN/Registered Nurse in March of 1977.   She worked in various area hospitals including Taft, Memorial Hospital,  and eventually earned her Master of Nursing in 1991.   Barbara ended her nursing career after a long stint as the Director of Nurses at the Corpus Christi State School, retiring in 2003.

Barbara was an active member of Portland Eastern Star Chapter 1108 having served two terms as Matron of the Eastern Star .

She is survived by her two sons Mike of (Bulverde, Tx) and Mark of (Pipe Creek, TX),  including her grandchildren, Tyler Hall Paige Hall and Cole Hall.

Her loving and giving nature of serving others in need, will be greatly missed.

Preceding burial at Palms Memorial Gardens Cemetery.  Due to current health concerns we regret there will be no following reception.

In lieu of Flowers, the family is requesting donations be made to the Portland First Baptist Church.

To order memorial trees or send flowers to the family in memory of Barbara Hall, please visit our flower store.