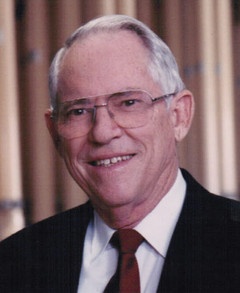 Alfred Leroy (Al) passed away on March 13, 2016.  He was born on March 8, 1933 to Sam and Ophelia (Tumlinson) Nelson in Bishop, Texas.  He attended Schreiner Institute and graduated from Bishop High School and Texas A&I.  He was a veteran of the United States Army. After serving in the Army, Al was employed by Southern Minerals.  He served as business manager for Sinton ISD and later retired as business manager of Gregory-Portland ISD.  He also worked at First Community Bank of Corpus Christi. He was a member of the First United Methodist Church of Portland as well as the Masons, Texas Association of School Business Officials, and the Portland Kiwanis Club.  He was on the Board of Directors of the San Patricio Municipal Water District for thirty years. Besides spending time with friends and family, Al enjoyed hunting and "talking cattle".

Besides his parents, he is predeceased by an infant son, his son Sam Nelson, and his brother Robert Nelson.

Those who wish to send tributes other than flowers might consider the memorial fund of the First united Methodist Church of Portland.

To order memorial trees or send flowers to the family in memory of Alfred (Al) Leroy Nelson, please visit our flower store.